The oceans were once seen as a near limitless source of resources; A fallacy that has led to the abuse of its limited resources. Conservation of the ocean is a pressing environmental concern: one of the largest carbon sinks on the planet human activities are pushing the ocean to the limit of it's capacity and soon it may no longer be able to keep up. Furthermore the arrival of plastics into the ocean as well as other man made products pose a hazard to marine life. 50% of the world's species are housed in the ocean, which provides 20% of dietary protein consumed by humans. The ocean and it's species are invaluable, leading to employment, sources of food, medicine and great cultural significance the oceans are vital to preserve.


The difference between categories

Certain animals are more in risk of extinction than others. The different categories underneath seperate those animals from eachother. Some are more threathened by others. Here are some sea animals ranging from critically risk to at risk of being endangered.

The Hawksbill turtle, also called the Entmochelys imbricata, known for its very valuable shell and pointed beak. These pretty turtles live by different coral reefs and coasts such as the Mesoamerican Reef, the Coral Triangle and Coastal East Africa.

The Hawksbill Turtle’s diet helps regulate reef growth. They snack on sea sponges and sea urchins, and the loss of their population would mean an overgrowth of their foods leading to an overtaking of coral reefs. Whoever said eating can't save the world clearly forgot about the Hawksbill turtles.

Unfortunately, shell hunters aren't the only threat to Hawksbill turtles, the disappearance of coral reefs, fishermen’s nets and egg harvesters have a direct impact on these creatures. 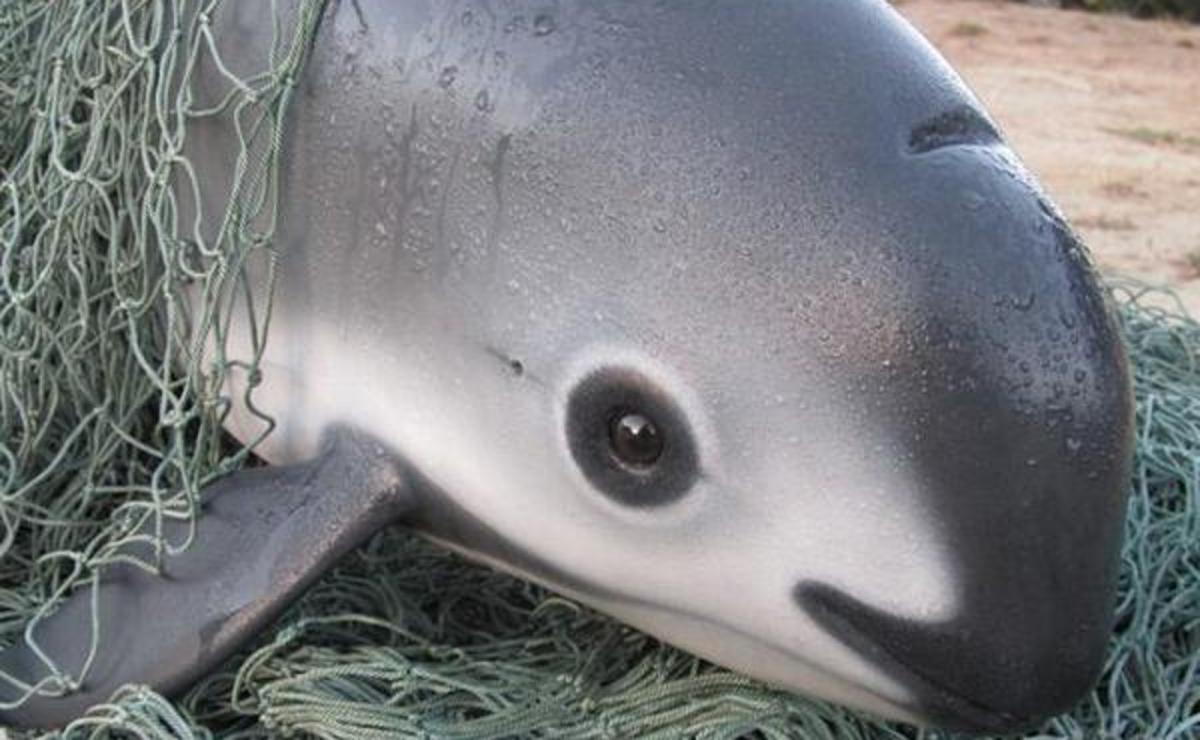 Having as few as 10 individual Vaquitas left in the world, these porpoise’s numbers have been directly reduced through fishing bycatch (using nets to trap as many fish as possible). They are currently one of the most critically endangered animals in the world.

Also known as Phocoena Sinus, the Vaquita live by the Gulf of California (and only by this gulf since there are so few that remain). They live in warm waters and tend to eat crustaceans and fish.

Estimated Population: 55
A sub species of the Hector's Dolphin and living only in the waters off the North Island of New Zealand there is estimated to be a mere 55 individuals left their low population is one of the factors that puts them at risk. Other threats facing this species include: becoming bycach - caught up in the nets of fishing vesels.

Estimated Population: 1,800
These penguins make their home on the Galapagos Archipelago of Equador and is the smalest of the South American Pengusins. The increasing frequency of El Nino events due to climate change, as well as entanglement in fishing nets, polution caused by oil spills and avian malaria have lead the decline of these birds 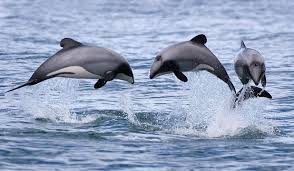 Estimated Population: 1,000
Closely related to the Maui Dolphin they are found only off the coast of New Zealand and are the smallest dolphins in the world. The largest threat to these creatures is becoming bycach, caught up in fishermans nets. 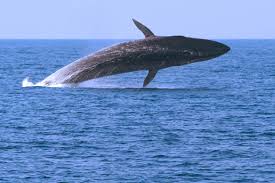 Estimated Population: 89,000
The second largest species of whale in the world Fin whale's travel throughout the ocean. Once seriously endangered by comercial whaling the most serious threat facing this species at the moment is colisions with ships.

Estimated Population: 7,011
One of a small number of filter feeding sharks they make their home in the tropical waters of the Atlantic, Pacific and Indian Oceans. Threats to these creatures include: entanglement in fishing nets, collisions with boats, consuming plastics and other marine devris as well as unregulated fishing and tourism. 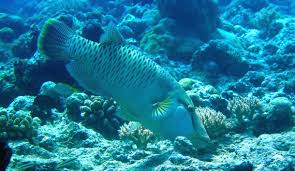 Estimated Population: Data Not Available
Found in and around coral feefs and marked by the prominent bump on their heads these fish are prized as a luxury food. Over fishing and destructive fishing techniques have lead to habitat degredation and the depletion of their species. These fish are also routinely captured for the aquarium trade posing another threat.

Estimated Population: 7,600
All sea lions are currently under protection, however it is only Steller's Sea Lion which is endangered. Threats to these creatures include: Fisheries reducing the availability of their prey, climate change and the introduction of toxi substances destroying their habitat, illegal hunting entanglement in fishing nets, diseases and parasites as well as human caused injuries. 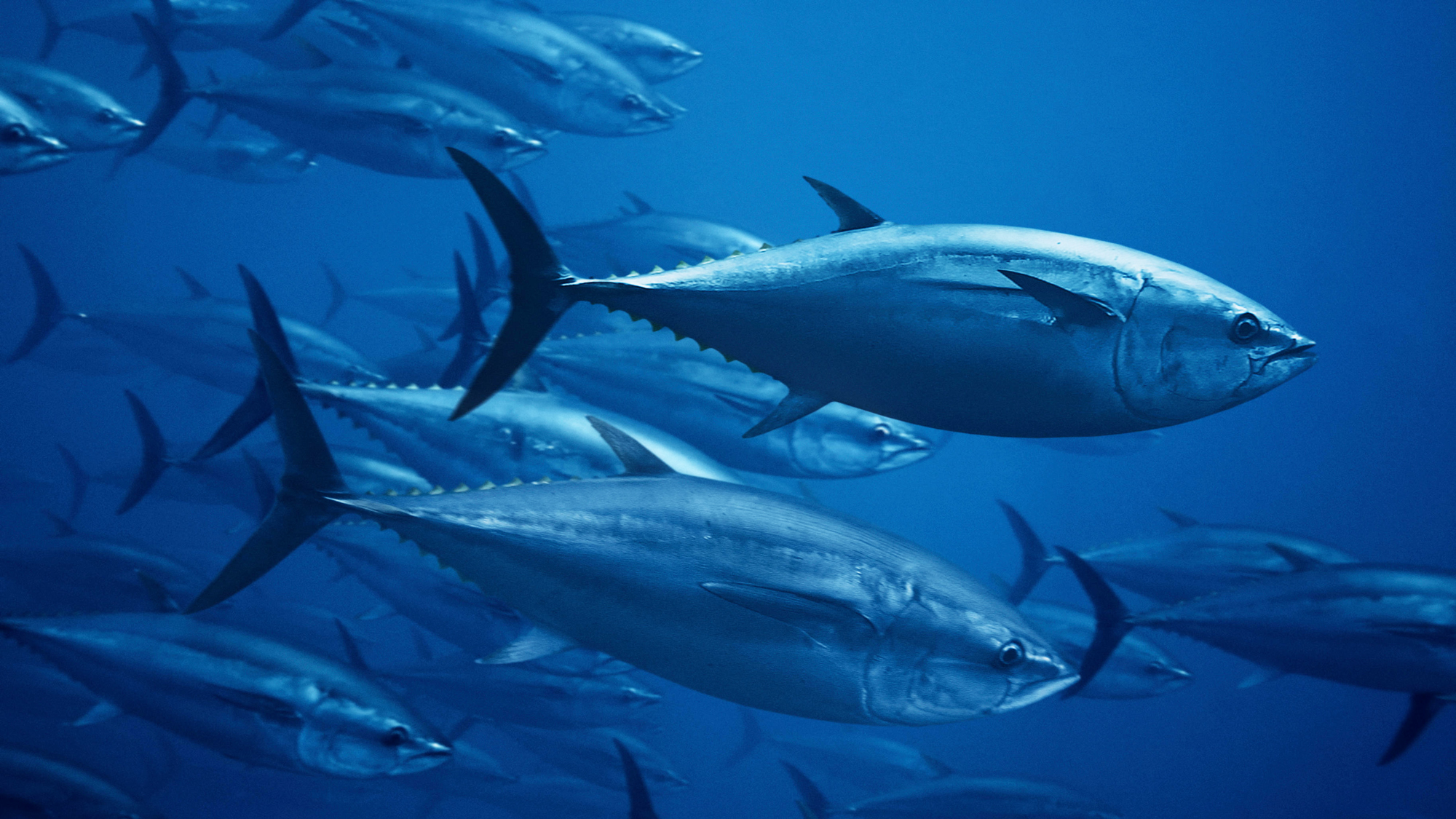 Estimated Population: Data Not Available
The largest Tuna species in the ocean these fish are migratory. Prized for the high quality of their meat the primary threat facing Bluefin Tuna is overvishing, which continues despite concerns.

Estimated Population: 80,000
Like many species of whale they were subject to intense whailing some of which still continues in Japan. At the moment becoming tangled in fishing nets and striking vesels pose the largest threats to this species.

Estimated Population: 85,000 - 90,000 nesting females
The only herbovorous sea turtle they exist accross the world. The rimary threat facing these creatures is becoming bycach, hunting, the harvesting of their eggs, hitting ships, habitat degredation and loss as well as ingesting marine debris.

Estimated Population: 400
One of the most endangered of the large whales Ballene Whales were hunted to the brink of extinction by whalers. Humans remain their greatest threat due to colisions with vesels. 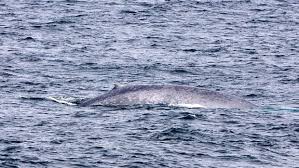 Estimated Population: 10,000 - 25,000
The largest mamal on our planet, like so many other whales their numbers were greately reduced due to comercial whailing, Currently they are most at risk due to entanglement in fishing nets and collisions with vesels.

Estimated Population: 83,000
A species of Sea Cow, Dugong are herviborous and found throughout the Tropics and Sub Tropics of the Indian and Pacific oceans. Therse creatures are put at risk by hunting, habitat destruction, collisions with vesels and being caught as bycach.

Estimated Population: 2,600
The largest carnivorous land mammals on Earth, Polar bears make their home in the Arctic Circle. These creatures are threatened by climate change causing sea ice to melt, making it increasingly difficult and taxing to hunt for food. 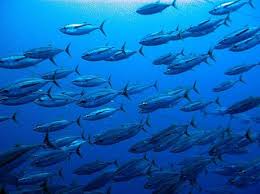 Estimated Population: Data Not Available
Found in the waters of the Galapagos, Coral Triangle, Gulph of California and the Eastern Coast of Africa. Prized for their sashimi they are becoming the focus for increased fishing. A primary concern for their concervation is juveniles of the species being caught as bycach and being removed from the opulation before they have a chance to reproduce. 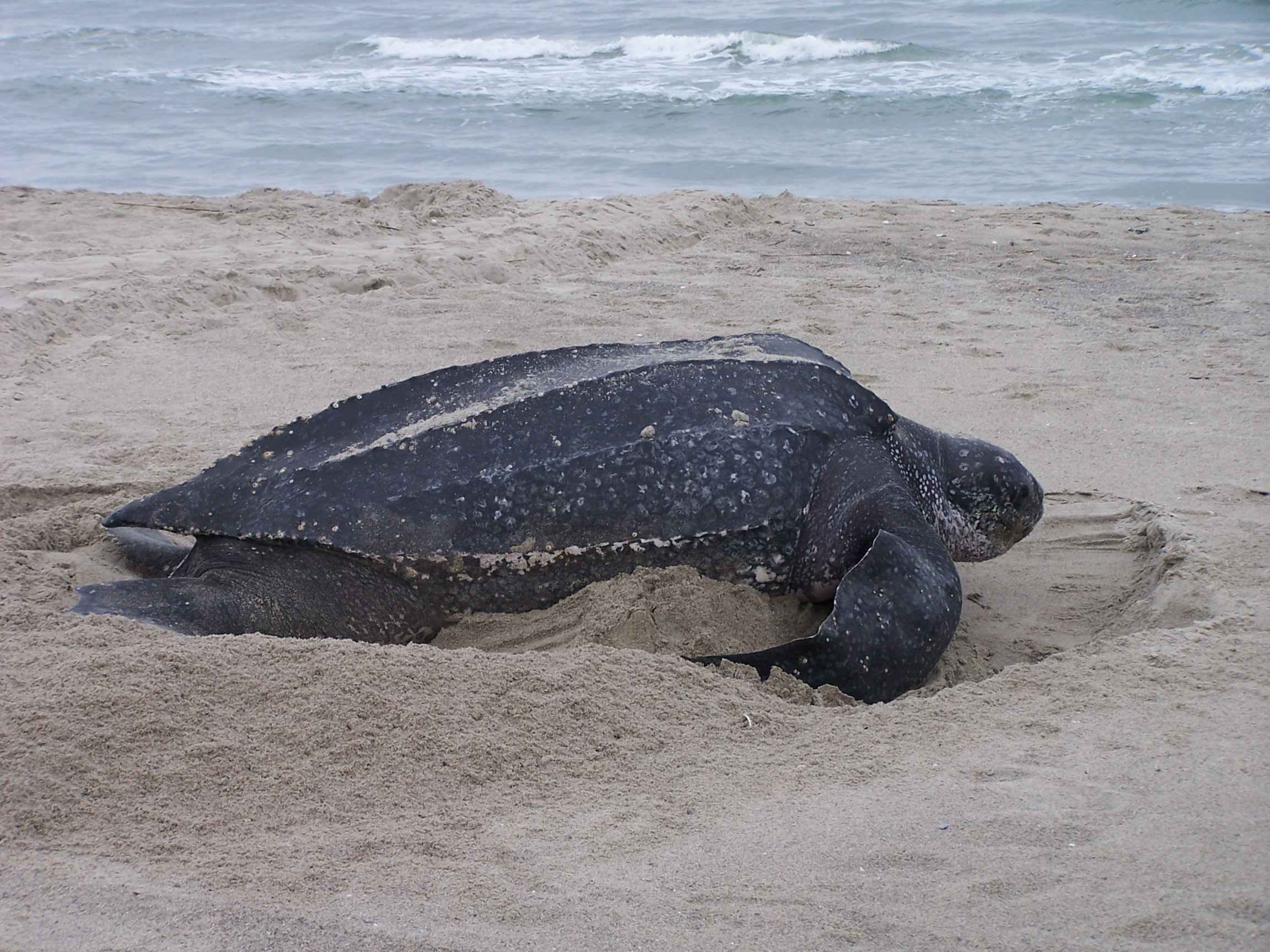 Known for their leather textured backs instead of a regular shell, the Leatherback Turtle is one of the most migratory species of turtles in the ocean. These migratory turtles move from The Coral Trianlge to The California Coast to seasonally eat jellyfish (both during summer and fall). Due to polution, plastic bags, misinterpreated for jellyfish, also make part of the turtle's diet.

Their decline has been directly affected by egg collectioners and fishing bycatching (when fishermen throw out nets to catch fish, leading for other species to get stuck in them). While the Leatherback Turtle, also known as Dermochelys coriacea, may be vulnerable, some subpopulations located elsewhere are critically endagered.

Estimated Population: 40,000 - 50,000
Named for their large heads, their population has been declining due to being caught as bycatch, the destruction of their nesting beaches, being struck by vesels, the harvesting of their eggs and marine debris. 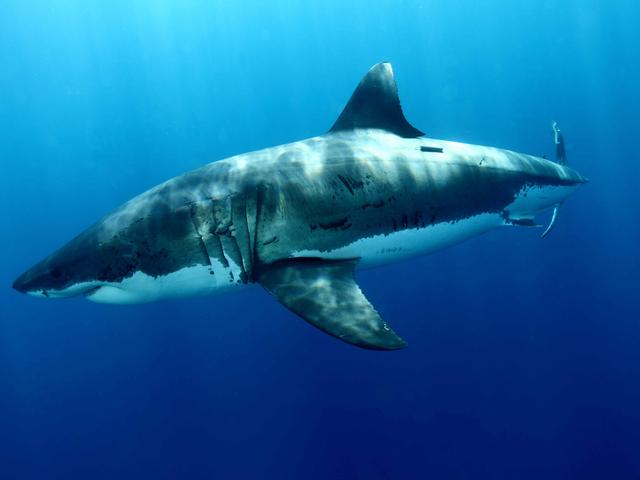 Population: lower than 3 500 according to standford univeristy in 2010 The largest known predatory fish, important in order to maintain the population of other sea life. It is impossible to keep on in an aquarium due to their need to travel long distances for seasonal migration and demanding diet. We do not know much about the great white shark, but the fishing for the great white shark has caused its population to have trouble reproducing. 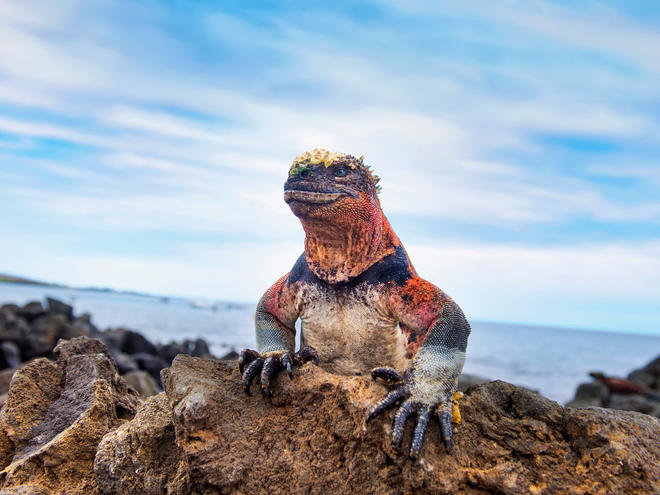 Iguanas usually hate water, but the marine iguana is the only iguana and lizard that loves to go into the water where his main source of food (seaweed) is found. They can be only found in the Galapagos. Some conservation effort have been made as a protected area to include the nesting zone. 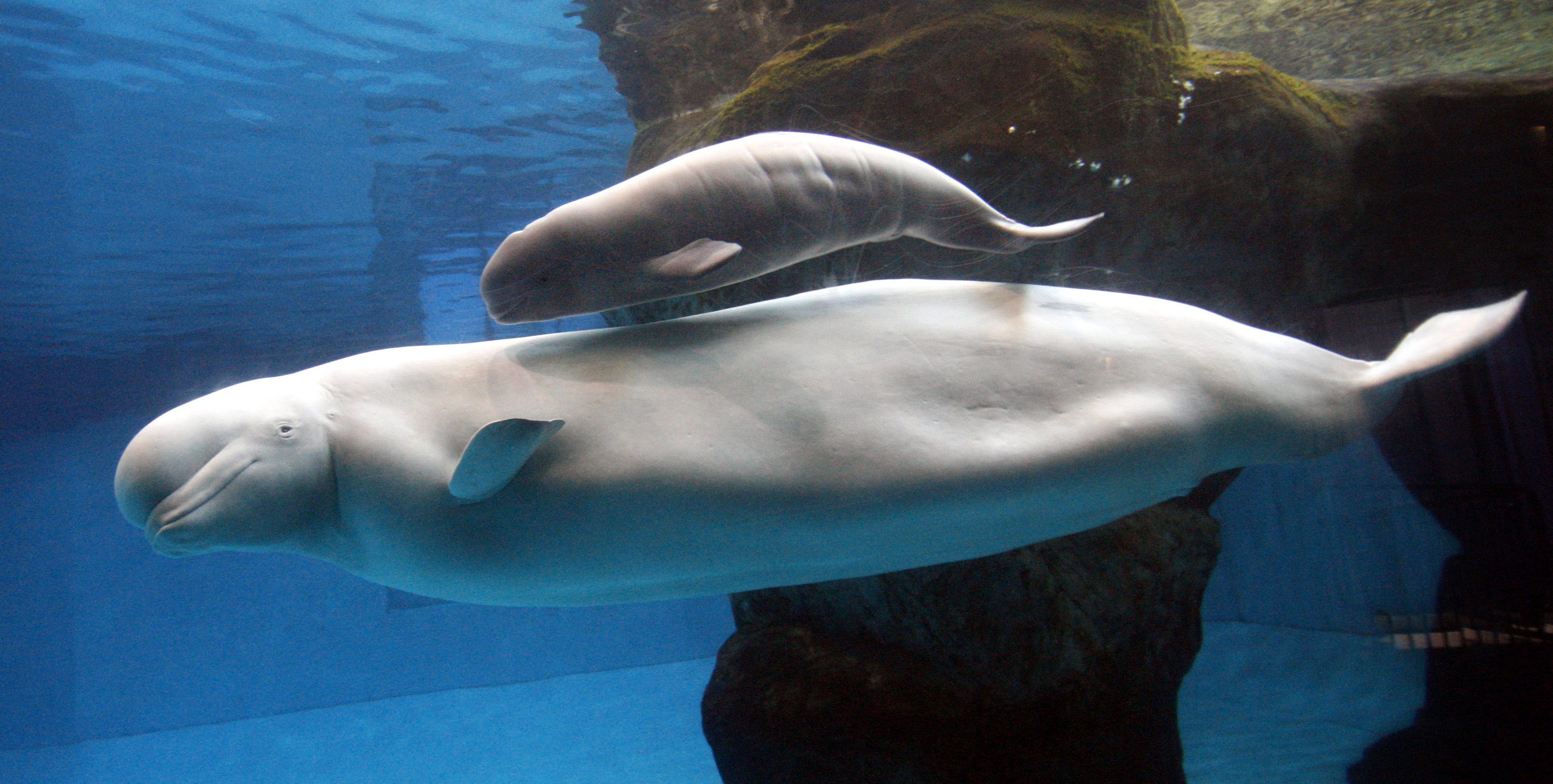 Population: over 150 000 Belugas migrate as the sea ice changes in the Artic, which is a problem due to climate change where there is little ice left. Slow swimming belugas hide on the ice from orcas. Oil and gas developpment can cause underwater noise pollution which makes it harder to communicate between them especially to aboid predators and find mates.

Population: 75 000 The narwhal depends on sea ice as its environment and due to climate change, ice has been melting. Fun fact, their horn (a tusk) has sensory capabability up to 10 million nerve endings. They have also been hunted by Inuit people as a staple in their diet.

Population: 75 000 Due to overfishing, their population is in decline. They are often reffered to as white tuna and they make up 20% of the U.S. shelf stable tuna.

Yellowfin Tuna's population is decreasing. They are often caught to make sushi, but they are crucial to maintain a balance in sea environment since they are a top predator in the food chain. The method used to catch yellowfin Tuna (longlines) is danegrous to other underangered animals. Longlines are also the reason why albatross population is endangered.

What Can We Do?

Not a broke College Student?
Consider Supporting one of these Initiatives:

Help out some Charities and Organizations

Here are the sources we used for our site. Feel free to check them all out if you are interested in learning more!